Just so you know, I probably have covered the spectrum with my three kids. Bottles, breast, supplementation, homemade, store-bought, purees, baby led weaning and a mix of the two. And though I do have them, I’m also not here to give opinions on what I believe is best. We are team #ittakesavillage here at The Family Foodnag. Everyone does the best they can for their kids, and we mamas need to be a source of support for each other. ‘Cause it’s just not cool to go around passing out tickets to the guilt train. We are totally capable of obtaining tickets to THAT particular train on our own.

As a Registered Dietitian, and a mom, I rely on evidenced-based information when making decisions for my kids. So, I wanted to share what I’ve found with you on the topic of Baby-Led Weaning.

What Is Baby-Led Weaning? 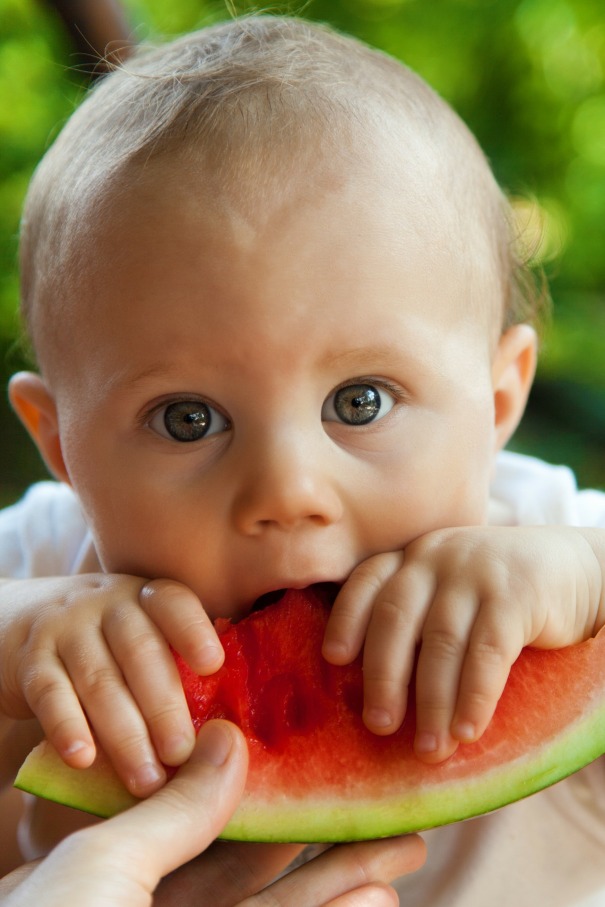 BLW has grown in popularity in the past 10-15 years. Due to a wide variety of interpretations, a definitive definition of BLW is not really available. Generally, it involves forgoing traditional pureed baby foods, allowing baby to self-feed family food. In feeding themselves, the infants also dictate the pace of feeding, and the total amount consumed. Initiation of solids is also delayed until 6-months of age at the minimum, once the child can sit unassisted and independently grasp food to feed themselves.

Proponents of baby-led weaning believe that it promotes healthier eating behaviors and healthier body weight. This includes claims of lower rates of fussy eating habits later in toddler and childhood, advanced fine motor skills, as well as lower rates of childhood obesity. Additionally, it negates the need to prepare separate meals for infants, as they consume whatever the family meal is (modified as needed).

What the Research Says

So, now you’re wondering: is this all for real? Or just another of those claims from the #superiormomsclub?

Below is a list of conclusions gleaned from the available research today on this topic. The majority of the studies were completed in the UK and New Zealand, however, a few are from the US and Canada between 2010-2016. A link to all of the studies reviewed can be found here, and a full text of the below conclusions can be viewed here.

In conclusion, I’ll leave you with a quote directly from the above-linked article, because I think it really says it all:

“Initial research, particularly that exploring the experiences of those who have successfully followed it [BLW], has suggested that the approach may foster the development of positive eating behavior and potentially weight gain, but further large-scale rigorous is now needed to understand this.”

In other words, it seems that those baby-led enthusiasts may be on to something. But as always, discuss your concerns with your medical provider and registered dietitian!

What Others Are Reading 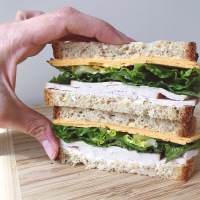 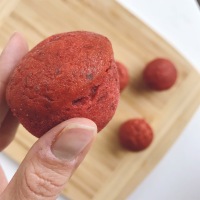 This site does not provide medical advice, and should be used for information purposes only.

The medical and/or nutritional information on this site is not intended to be a substitute for professional medical advice, diagnosis, or treatment. Always seek the advice of your physician or other qualified health provider with any questions you may have regarding a medical condition. Never disregard professional medical advice or delay seeking it because of something you have read on this Web site.